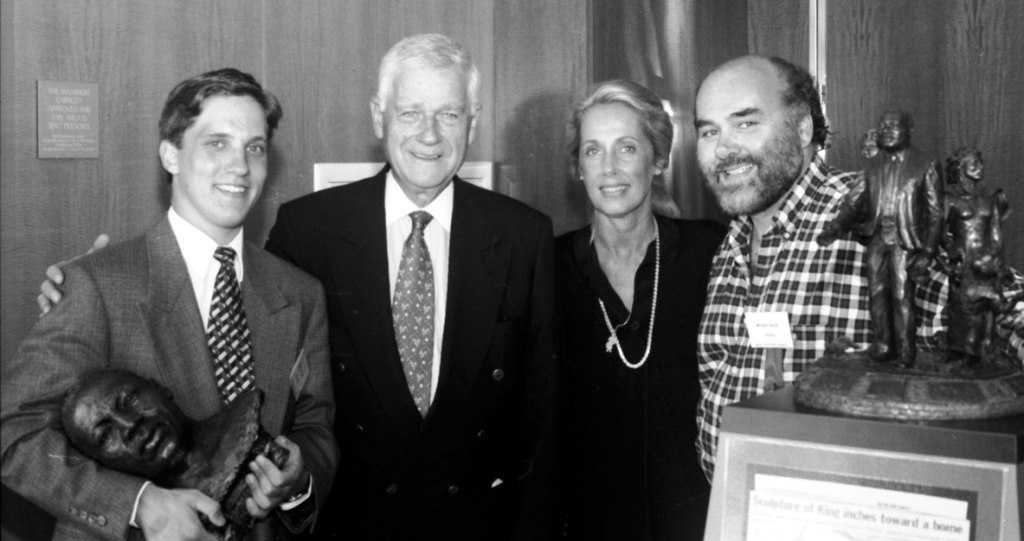 Charles’ approach to the fundraising for Dr. King’s statue was very strategic.  One of the first things he did was to ask U.S. Senator Mark Hatfield if he would speak at a fundraising breakfast to reignite the fundraising effort.  Charles had interned twice for Senator Hatfield previously and knew of the Senator’s commitment to similar struggles.

With Senator Hatfield on board, Charles was then able to get Oregon’s entire Congressional delegation to write signed letters to all of the major businesses in Oregon asking their CEOs to attend the fundraising breakfast.  The impact of the power breakfast was magnified even further by leveraging earned media opportunities that took the message out to the general public.

Within a few months of Charles starting, the Martin Luther King, Jr. Statue Foundation had raised more than enough money for the monument and was actually turning away donations.  Oregon’s monument to Dr. Martin Luther King (entitled “The Dream”) was dedicated by Harry Belafonte and most of Oregon’s Congressional delegation on August 28, 1998,  35 years to the day of Dr. King’s “I Have A Dream” speech.

While running Ethos Music Center, Charles led the successful $1.5 million capital campaign for the green renovation of Ethos’ headquarters in North Portland.  As a small nonprofit organization, this fundraising effort was a true grassroots effort with donations ranging from a few pennies to several hundred thousand dollars a piece.  In addition to the financial support from individuals, businesses and foundations, Charles and his team were able to secure an enormous amount of in-kind support (sweat equity) from inspired community members and businesses.  As a model green building renovation, Ethos received two extremely competitive and prestigious grants from the Kresge Foundation in addition to strong local and regional support.

When complete, Ethos’ green renovation featured an 8.39kw solar panel system, 5 wind turbines that powered the whole top floor of the building, a 12,450 gallon cistern project, on street bike parking, an ecoroof, insulated windows throughout, over insulation, ultra efficient appliances, etc.  Ethos’ rainwater cistern project not only stored enough water to flush all of Ethos’ toilets year-round (reducing potable water usage by 90%), but it also irrigated Ethos’ community gardens.  The rainwater project is completely self-powered and is operated by five wind turbines that power all of the electric pumps, water filters, and equipment.  This effort also completely eliminated stormwater runoff (estimated at 151,080 gallons a year) from Ethos’ property while drastically reducing the nonprofit’s dependence on the city’s potable water system.

What was once a boarded-up and abandoned building is now one of the nation’s most environmentally friendly music schools. Ethos couldn’t have done this project without the support of its community, staff, and Board of Directors.  The project was made possible by generous grants from individuals and entities like the Portland Development Commission, the Begonia Family Foundation, the Kresge Foundation, the Dorothy F. Sherman Fund of Oregon Community Foundation, Zimmer Gunsul Frasca, KPFF, and the Mount Hood Cable Regulatory Commission.

Over the course of his work at Ethos, Charles was able to raise over $9,000,000 worth of support for what started off as a tiny nonprofit organization.  Larger investments included nearly $1.4 million from Meyer Memorial Trust, a $200,000 grant from Bank of America’s Neighborhood Builder’s Awards, several hundred thousand dollars from the Corporation for National Service, several hundred thousand dollars from the Portland Children’s Investment Fund and ongoing support from the Oregon Community Foundation to name a few.