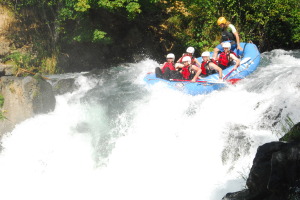 Charles has distinguished himself as an effective leader for nonprofit organizations and foundations.  As the Founder and Executive Director of Ethos Music Center, Charles established a vision that allowed him and his team to build up the organization up from a tiny start up into the largest music school in Oregon.  While working for the Marie Lamfrom Charitable Foundation, Charles implemented the board’s vision effectively and efficiently, creating a full fledged organization with a student body of over 500 students a week in less than 2 years.

Charles’ quiet form of leadership is characterized as leading by example, individual empowerment, team building and personal responsibility.  He studied leadership at Harvard University and at the University of Portland, but fine tuned his skills while leading multiple successful nonprofit organizations.  He has managed staffs ranging from a few volunteers to 88 full time employees.  Charles also administered Ethos’ federal AmeriCorps and AmeriCorps*VISTA programs.

A natural born leader, Charles has served in various leadership positions all his life.  At the University of Portland, Charles served as the ranking Senator in the student senate.  While at Harvard University’s Kennedy School of Government, Charles was elected Student Body President and Representative of the Harvard Graduate Council.